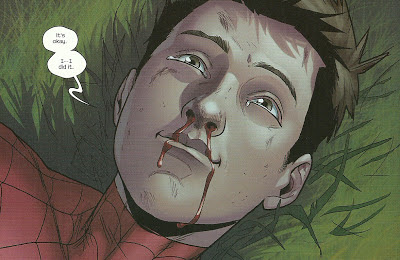 Episode #111:
• Intro -  Preparing for the emotional stuff; and our awesome sponsors DCBS. We appreciate all they do, and so should you.
• Remember the Hyphens - The prelude and Death of Spider-Man. This was...unexpected.

Last night I cried when Peter Parker died. He actually died in 2011, and I was around when it happened then, though apparently I wasn't really around, not in the complete sense. Also, I'm talking about the Ultimate version of Peter Parker, a 15-year-old who had a birthday and briefly saw 16. It's a different Peter from the other Marvel books being published, like Amazing - soon to be Superior - Spider-Man, which take place in the 616 Universe; sometimes comics don't really make it easy on new readers.

I had first read Ultimate Spider-Man when I was abut 16, I think. Coming home from a comic book convention, riding away from Chicago with my friends in the back of an SUV, I read the origin of Peter Parker, Spider-Man. I already knew the origin at that point, but that didn't matter to me. I connected with Peter, with watching him struggle to fit in at school and failing in all the ways we fail every day.

Even though I loved what I read, and remember talking about it with the guys I was with, for some reason I didn't read further. Not then. It would take me almost 12 years to get back to Peter and his world. A lot happened in that time, to him and me. At 16 I was probably less mature than the character, because after all he is a genius (not that those two are mutually exclusive), and I think I was unprepared for giving myself over emotionally to a book. Either way, I wouldn't have been 16 forever - one of the truths we somehow deny - and my reaction then would never have been what it was now.

At 16 I was too brave to cry. Too tough, or tuff even. I wasn't a Greaser, but I could detect in myself a desire to be Matt Dillon (not Dally, because his Cool was shot through with a marbling of crazy), but I knew I was much more like Ponyboy. When it came time to do informal, mini-presentations in a high school English class I told my fellow students about the time Superman retired and how there was this Hobbit making a trip to Mount Doom and how Boba Fett had actually escaped from the Sarlacc. I remember giving a girl The Catcher In the Rye to read and wincing when she gave it back with the review, "It's really boring," wincing because I knew I felt the same, but also that I couldn't tell her I agreed for some reason.

Eventually I let go of my adolescent male paranoia, and I cried. If something moved me, I let it, I went with the feelings and looked at where they took me. At the time I wouldn't have been capable of explaining (or understanding, maybe) that I was already working on getting as familiar with storytelling as possible, preparing for telling my own. I knew I loved stories, and that I'd never stop seeking them out in any form, and I never have. I never abandoned comics, and they've been equally as dedicated to me as I to them.

Now I'm 28, able to cry and realize it is in fact no comment on my status as "cool" or "manly" or any other of the adjectives you worry about as a high schooler. I've cried at movies and books and songs and news stories and yes occasionally a commercial or two. There is nothing wrong with crying. In most, if not all of those cases I was crying from interacting with an outside source, one that somehow connected with a part of me I either recognized or didn't. Someone had created a story that found me, just like I had found it, and there was that magic and invisible meeting where I became the story.

We decided to review the Ultimate Spider-Man comics from issue one all the way to Peter's death in issue 160. Brian Michael Bendis wrote every one of those issues, with the large majority being illustrated by Mark Bagley, but being joined by artists like Stuart Immonen, David Lafuente, Sarah Pichelli, and more.

It was one of the most significant reading experiences of my life thus far. I believe so deeply in comic books, because I believe so deeply in the power of stories. They move past us and through us and carry us along or push us aside, but only if we let them. Well, not only, because they have to be constructed well, or at least subjectively so. Not everyone is moved by the same things. If a story connects with you though, and you with it, then the power generated is incapable of quantifying.

I knew Peter Parker. I lived with him for 160 issues, watched him grow and change, and I read it all in a relatively short amount of time: 6 months. David read it over the course of a little over ten years, from 2000 to 2011. We both had strong emotional reactions to the stories told, even though we read the issues in different ways. It didn't matter. The story was the same, and will be as long as the books are around.

I cried when Peter Parker died. And now I probably expect too much of his replacement, Miles Morales, who is even younger than Peter was when he first put the mask on. I think Miles knows though, knows that he has a lot to live up to, but there is almost no way he knows how rough the world can be, not yet. It's never been easy to be Spider-Man, and hopefully never will, as odd as that is to say; I'd hate for the power of that story to disappear.

Read more »
Posted by Hideous Energy at 7:08 AM No comments: 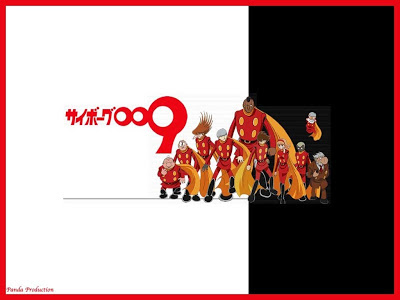 Interview:
We sat down with writer FJ DeSanto, author of the upcoming miniseries Insurgent by DC (available in January), and Cyborg 009 by Archaia. We talked to him for a while about those books, and his time working with Batman film producer Michael Uslan, along with his producing the film adaptation of Will Eisner's The Spirit. Please check out FJ's forthcoming works, and give him a follow on Twitter!

Read more »
Posted by Hideous Energy at 9:24 AM No comments: 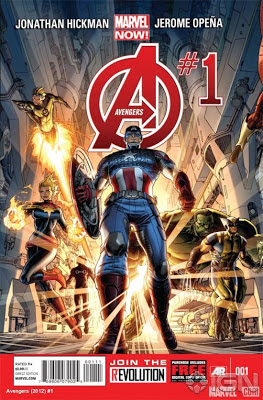 Episode #110:
• Intro -  Gettin' down and dirty for the mud bacon; and our wonderful and accepting sponsors DCBS.
• Confessions - Austin contradicts himself.
• Remember the Hyphens - Volumes 1 & 2 of Volume 2: The World According To Peter Parker and Chameleons
• Read 'Em and Weep - Thunderbolts #1 by Daniel Way and Steve Dillon; All New X-Men #03 by Brian Michael Bendis and Stuart Immonen; Hawkeye #5 by Matt Fraction and Javier Pulido; Hellboy In Hell by Mike Mignola and Dave Stewart; and Avengers by Jonathan Hickman and Jerome Opena.

Please check out our interview with writer FJ Desanto, author of the upcoming book Insurgent by DC, and Cyborg 009 by Archaia. We talked to him for a while about those books, and his time working with Batman film producer Michael Uslan!

Read more »
Posted by Hideous Energy at 8:54 AM No comments: 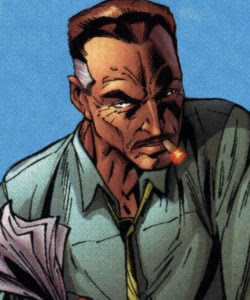 Episode #109:
• Intro -  A long intro where we say weird words, discuss video game articles, Alan Moore and Grant Morrison, Orson Wells, and our sponsor DCBS.
• Read 'Em and Weep - Thor: God of Thunder #2 by Jason Aaron and Isad Ribic; and Future Foundation #1 by Matt Fraction and Mike Allred.
• Remember the Hyphens - Ultimate Spider-Man Volume 23: Ultimatum. And a long fight about J. Jonah Jameson.
• Outro - This is is EXACTLY as long as episode #108. To the second.

Read more »
Posted by Hideous Energy at 9:42 AM No comments: